Many teachers and many books talk about mindfulness and awareness as if they are one and the same thing, but they are not. They are, in fact, very different.

So, what is the difference between mindfulness and awareness? Mindfulness is the process of observing what your mind is thinking or saying and noting how this affects you. 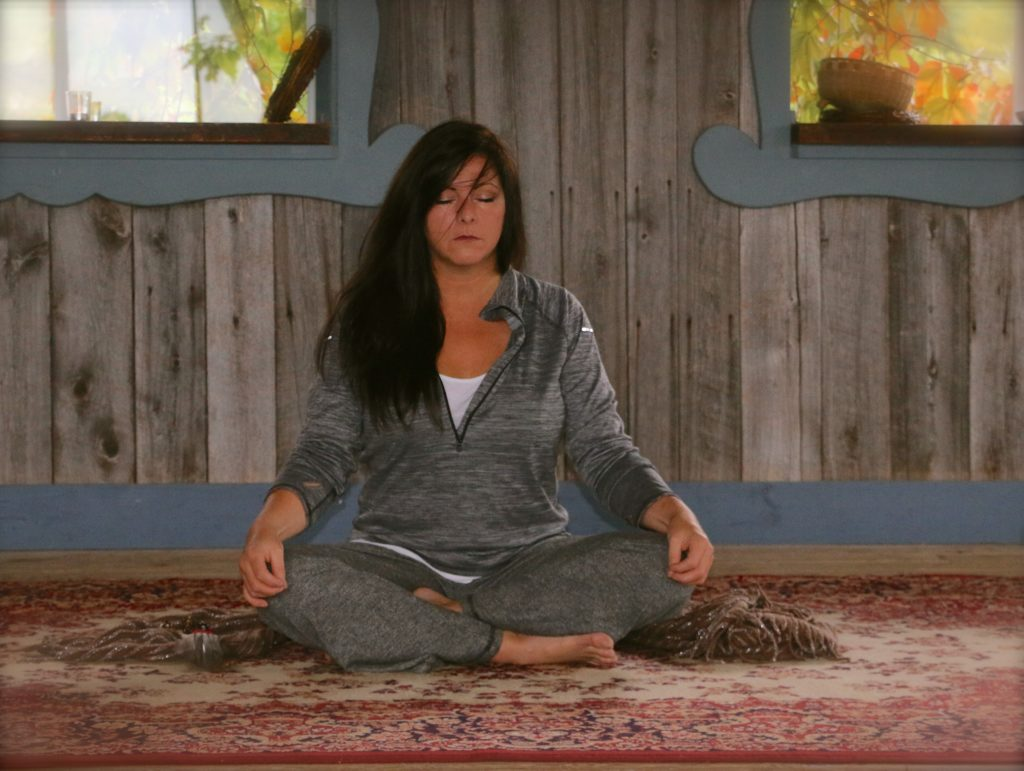 Join Michèle in one of her programs and learn a cosmic Mindful Meditation.

Begin the journey towards mindful existence with BTG…

How does Chakaura mindfulness  help?

Go with the flow. With Chakaura mindfulness meditation, once you establish concentration, you observe the flow of inner thoughts, emotions, and bodily sensations without judging them as good or bad. You also begin to notice external sensations such as sounds, sights, and touch that make up your moment-to-moment experience.

MRI scans show that after an eight-week course of mindfulness practice, the brain’s “fight or flight” center, the amygdala, appears to shrink. This primal region of the brain, associated with fear and emotion, is involved in the initiation of the body’s response to stress. A person hence is less fearful and in response the body is less stressed. Jun 12, 2014

Mindfulness can help with depression

A new study from the University of Oxford finds that mindfulness-based cognitive therapy (MBCT) is just as effective as antidepressants for preventing a relapse of depression. … They also explore a greater awareness of their own body, identifying stress and signs of depression before a crisis hits. Apr 22, 2015 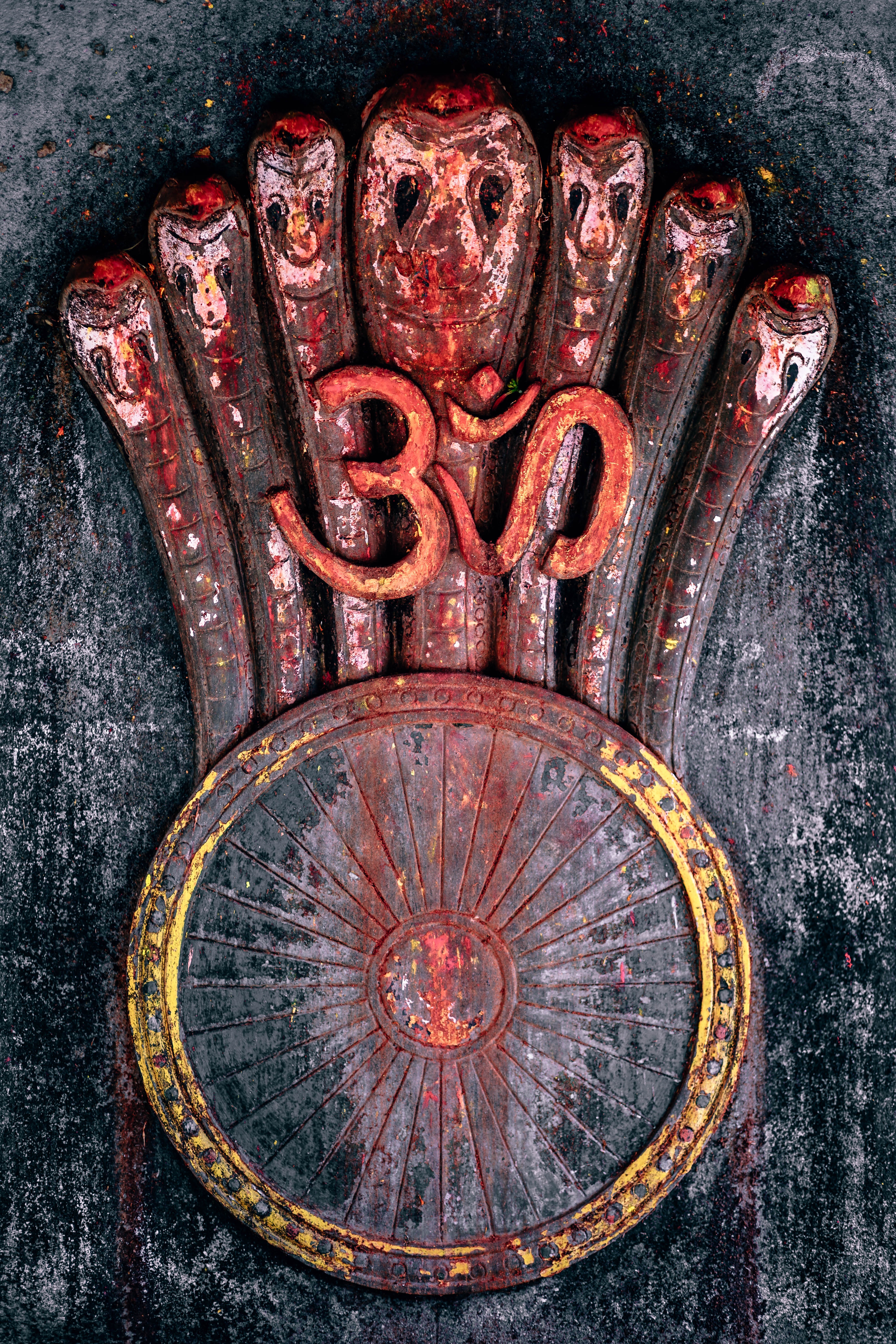 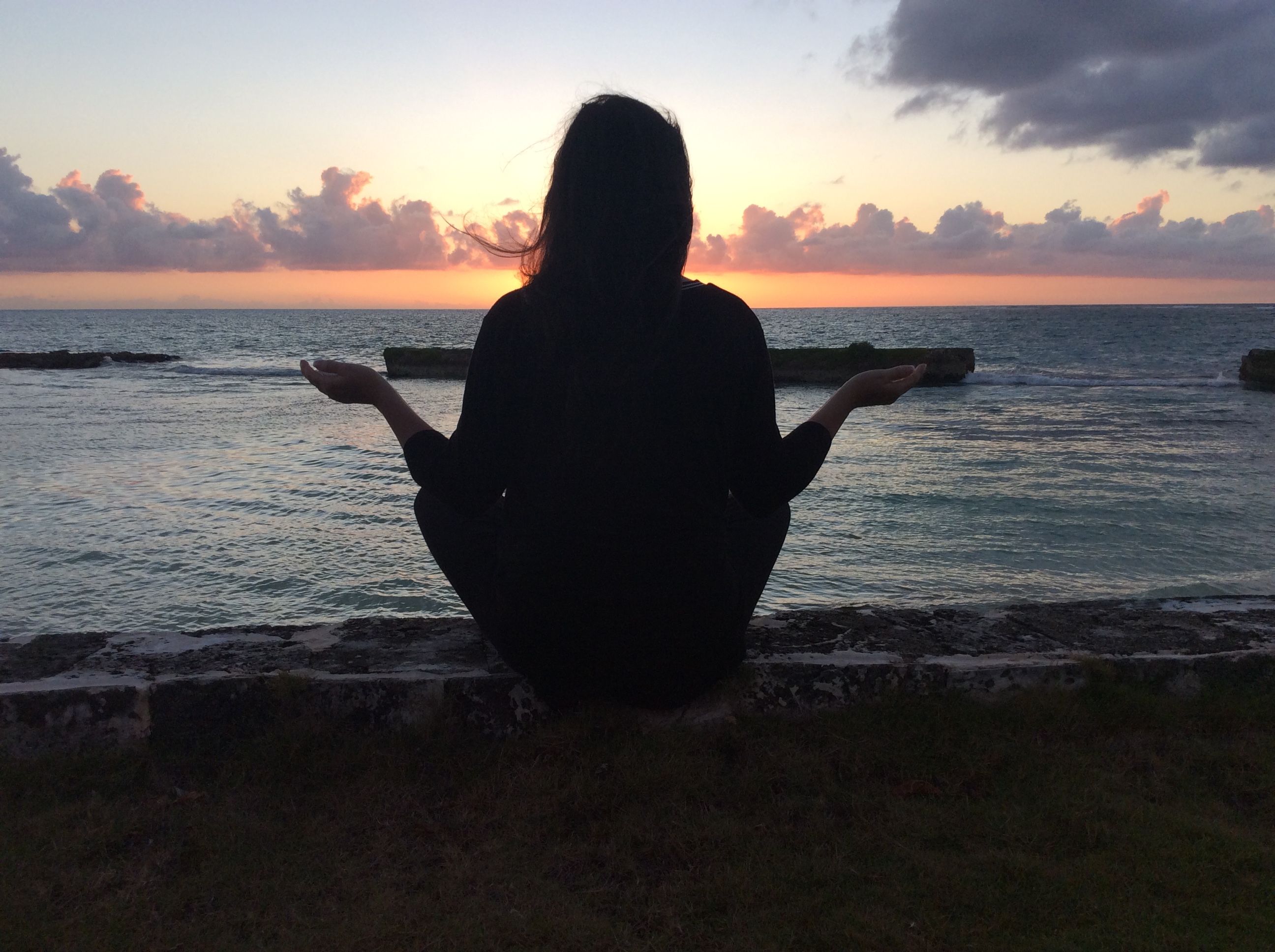 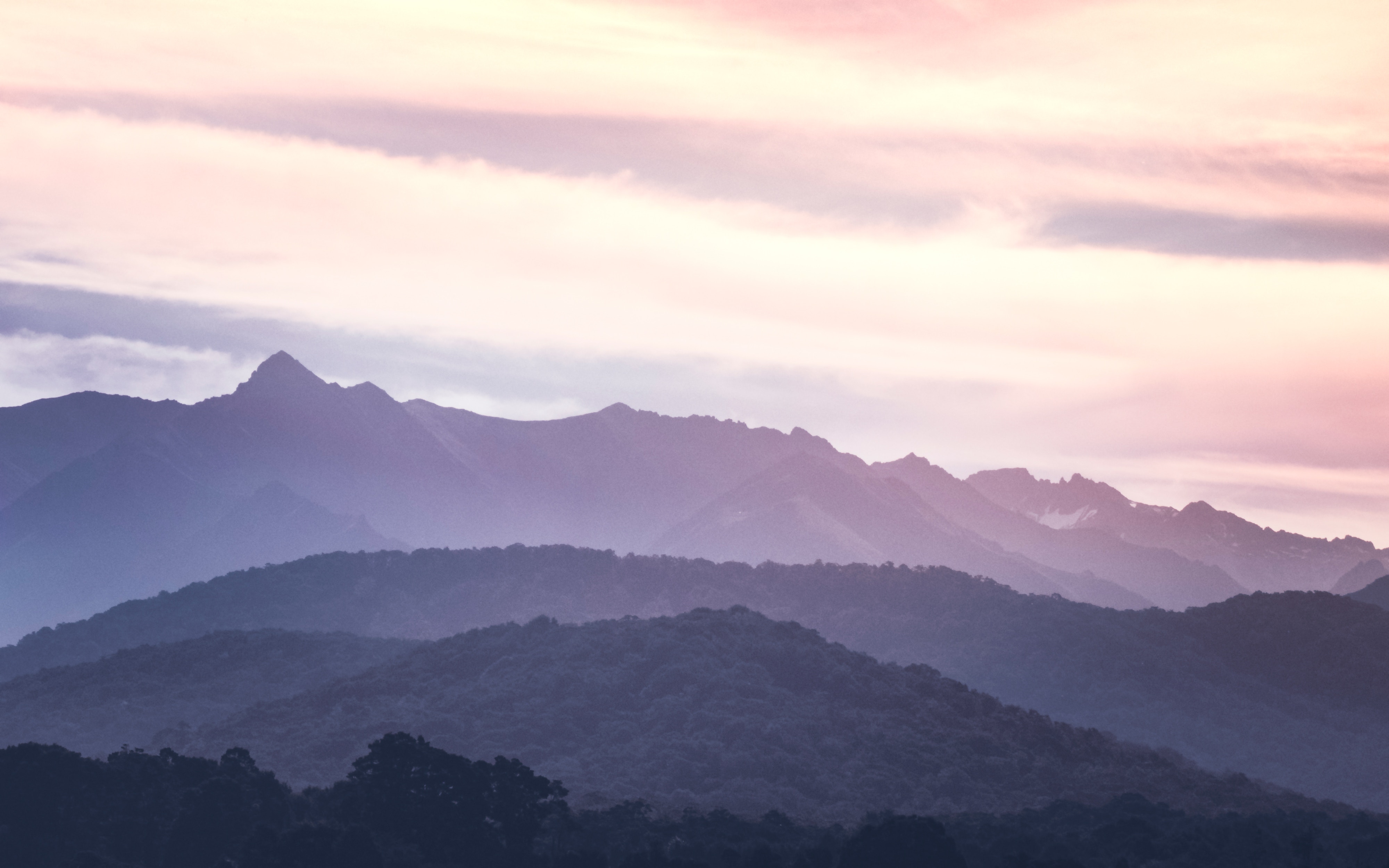 1. It lowers stress — literally. Research published just last month in the journal Health Psychology shows that mindfulness is not only associated with feelingless stressed, it’s also linked with decreased levels of the stress hormone cortisol.

2. It lets us get to know our true selves. Mindfulness can help us see beyond those rose-colored glasses when we need to really objectively analyze ourselves. A study in the journal Psychological Science shows that mindfulness can help us conquer common “blind spots,” which can amplify or diminish our own flaws beyond reality.
3. It can make your grades better. Researchers from the University of California, Santa Barbara, found that college students who were trained in mindfulness performed better on the verbal reasoning section of the GRE, and also experienced improvements in their working memory. “Our results suggest that cultivating mindfulness is an effective and efficient technique for improving cognitive function, with widereaching consequences,” the researchers wrote in the Psychological Science study.

4. It could help people with arthritis better handle stress. A 2011 study in the journal Annals of Rheumatic Disease shows that even though mindfulness training may not help to lessen pain for people with rheumatoid arthritis, it could help to lower their stress and fatigue.

5. It changes the brain in a protective way. University of Oregon researchers found that integrative body-mind training — which is a meditation technique — can actually result in brain changes that may be protective against mental illness. The meditation practice was linked with increased signaling connections in the brain, something called axonal density, as well as increased protective tissue (myelin) around the axons in the anterior cingulate brain region.

7. It works as the brain’s “volume knob.” Ever wondered why mindfulness meditation can make you feel more focused and zen? It’s because it helps the brain to have better control over processing pain and emotions, specifically through the control of cortical alpha rhythms (which play a role in what senses our minds are attentive to), according to a study in the journal Frontiers in Human Neuroscience.

8. It makes music sound better. Mindfulness meditation improves our focused engagement in music, helping us to truly enjoy and experience what we’re listening to, according to a study in the journal Psychology of Music.

9. It helps us even when we’re not actively practicing it. You don’t have to actually be meditating for it to still benefit your brain’s emotional processing. That’s the finding of a study in the journal Frontiers in Human Neuroscience, which shows that the amygdala brain region’s response to emotional stimuli is changed by meditation, and this effect occurs even when a person isn’t actively meditating.

10. It has four elements that help us in different ways. The health benefits of mindfulness can be boiled down to four elements, according to a Perspectives on Psychological Science study: body awareness, self-awareness, regulation of emotion and regulation of attention.

11. It could help you be better at your job.  Mindfulness meditation could help you better care for your clients or manage your relatonships better. Research from the University of Rochester Medical Center shows that professionals who are trained in mindfulness meditation are less judgmental, more self-aware and better listeners when it comes to interacting with others.

12. It makes you a better person. Sure, we love all the things meditation does for us. But it could also benefit people we interact with, by making us more compassionate, according to a study in the journal Psychological Science. Researchers from Northeastern and Harvard universities found that meditation is linked with more virtuous, “do-good” behavior.

13. It could make going through cancer just a little less stressful. Research from the Jefferson-Myrna Brind Center of Integrative Medicine shows that mindfulness coupled with art therapy can successfully decrease stress symptoms among women with breast cancer. And not only that, but imaging tests show that it is actually linked with brain changes related to stress, emotions and reward.

14. It could help the elderly feel less lonely. Loneliness among seniors can be dangerous, in that it’s known to raise risks for a number of health conditions. But researchers from the University of California, Los Angeles, found that mindfulness meditation helped to decrease these feelings of loneliness among the elderly, and boost their health by reducing the expression of genes linked with inflammation.

15. It could make your health care bill a little lower. Not only will your health benefit from mindfulness meditation training, but your wallet might, too. Research in the American Journal of Health Promotion shows that practicing Transcendental Meditation is linked with lower yearly doctor costs, compared with people who don’t practice the meditation technique.

16. It comes in handy during cold season. Aside from practicing good hygiene, mindfulness meditation and exercise could lessen the nasty effects of colds. Researchers from the University of Wisconsin School of Medicine and Health found that people who engage in the practices miss fewer days of work from acute respiratory infections, and also experience a shortened duration andseverity of symptoms.

17. It lowers depression risk among pregnant women. As many as one in five pregnant women will experience depression, but those who are at especially high risk for depression may benefit from some mindfulness yoga. “Research on the impact of mindfulness yoga on pregnant women is limited but encouraging,” study researcher Dr. Maria Muzik, M.D., an assistant professor of psychiatry at the University of Michigan, said in a statement. “This study builds the foundation for further research on how yoga may lead to an empowered and positive feeling toward pregnancy.”

18. It also lowers depression risk among teens. Teaching teens how to practice mindfulness  could help them experience less stress, anxiety and depression, according to a study from the University of Leuven.

19. It supports your weight-loss goals. Trying to shed a few pounds to get to a healthier weight? Mindfulness could be your best friend, according to a survey of psychologists conducted by Consumer Reports and the American Psychological Association. Mindfulness training was considered an “excellent” or “good” strategy for weight loss by seven out of 10 psychologists in the survey.

20. It helps you sleep better. We saved the best for last! A University of Utah study found that mindfulness training can not only help us better control our emotions and moods, but it can also help us sleep better at night. “People who reported higher levels of mindfulness described better control over their emotions and behaviors during the day. In addition, higher mindfulness was associated with lower activation at bedtime, which could have benefits for sleep quality and future ability to manage stress,” study researcher Holly Rau said in a statement.